It’s been a busy few months here at MGL HQ, having worked on projects as diverse as a film to promote a new Science Park development, a Roller Derby promo and most recently producing several internal communications films for the BBC.

We found all the projects engaging, but have to admit it was particularly satisfying to film at BBC Television Centre – home of so many of our favourite TV programmes over the years. 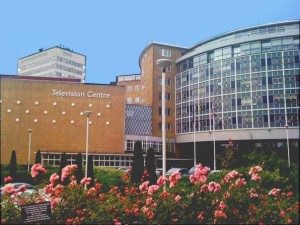 It was also a great opportunity to film in some very recognisable spaces, including the same studio that was home to Friday Night with Jonathan Ross and also filming an interview on the One Show set.

The films were produced and directed by the latest addition to our production team, Catherine Baker, who has many years’ experience of putting together this type of project. A project which included several short films covering a number of different issues from energy-efficient lighting to the digital switch-over.

It was a varied and engaging collection of films, but we have had little time to dwell on it as we are now fully immersed in our next batch of work which includes another exciting project with Leicester’s Curve theatre, a recruitment video for a council client and a sci-fi themed event video for a multi-national internet company.

We will give you the full lowdown in the coming weeks and months, but for now please feel free to get in touch to find out more about our work or how we can help you with your latest project or event.

Stay tuned to MGLMedia.tv and our Youtube channel for all the latest news and videos – but first, over to Carol with the weather . .  .