Marking 8 years in business of video production, MGL Media has decided to go back to the roots of graphic design in film to inspire our new company image. Cinema legend Saul Bass was a graphic designer who could effortlessly create a single image to encapsulate and symbolise an entire movie.

You will certainly recognise his work for the film posters and title sequences of such classics as Vertigo (1958),  North by Northwest (1959) and our favourite The Man With The Golden Arm (1955). He also created some very famous corporate logos. Today his legacy can be seen in film and TV from X-Men First Class to Mad Men. 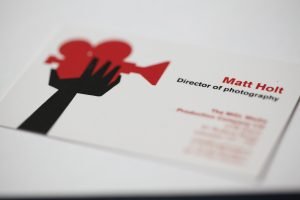 Invoking the spirit of Saul by using jagged print objects and bold confident lines, illustrator Simon Farrow of Acerte has produced for us a fantastic collection of imagery. 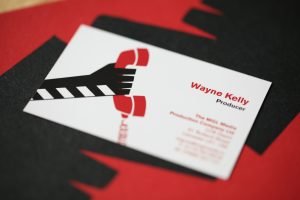 So when you see the striking red and black business card from us friendly film makers you’ll know who to call. For more interesting examinations of title design visit this fascinating web site Art Of The Title…