This is part 2 of our overview of the Post-Production process. If you haven’t done so already, read part 1 here.

Ok, so you have now decided on the overall shape and content of your film. Now let’s look at how we can breathe life in to the narrative and lift your film to the next level.

Often the icing on the cake of a film, these elements can really bring your story to life by emphasising a point in the narrative or adding emotional weight to an interview or montage sequence. Most corporate or internal communication pieces tend to use royalty-free music tracks chosen from one of the many libraries available. Royalty-free simply means that a one off payment entitles you to use the track for your project for live performance, and to make a number of copies as stated by the license that you purchase. Commercial tracks (songs you may have heard on the radio) can also be used, for a much larger fee, which is why they are often too cost-prohibitive for smaller projects.

Another option is to have a bespoke track composed for your film. This can add great value to your project, as it is much more cost effective and means that you can use the track for future projects. MGL Media works with a number of in-house composers that have created superb pieces of music that were written specifically for our films.

The advent of faster internet speeds and better servers has meant that streaming video online has become the norm. We have taken advantage of these technical advances to enable us to improve our approval process. Even fairly recently, once a first draft was completed, the only options available for a client to view and approve a film was either for us to send them a DVD copy or for them to take time out of their business schedule to join us in the edit suite – both of which slowed down the process and caused inconvenience for the client.

We can now upload all of the approval versions to a secure website and send the link to the client, allowing them to view the film from their office, home or mobile phone.

Providing the film has been edited to a pre-approved script, amendments should be relatively minor and after a few tweaks here and there, the content of the film should be signed-off.

Which just leaves room for the final flourishes. . . 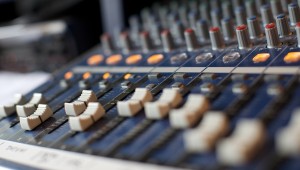 After that warm glow of client approval wears off, it’s time to put the finishing touches to the film.

Audio Sweetening or ‘The Final Mix” is simply the process of tidying up all of the audio edits, balancing levels of music, interviews and location sound and applying any other EQ or effects necessary to make your production sound rich and polished. Sometimes this process is done by a third party audio production house, which can add to the amount of post production time needed and will also increase the budget. However, many production companies like our own have in-house audio facilities.

‘The Grade’ or ‘Colour Grade’ refers to the process of choosing a look for the final film, enhancing colours and ensuring the piece looks consistent throughout. Most feature films are quite heavily ‘graded’ to enhance a particular feeling or theme – ‘cold’ blues to reflect an emotionally detached character or environment, for example. Most TV drama and documentaries are graded in some way, so this is an important part of the process and can really help to give your film that polished, professional sheen.

And after all that, your film will be ready to unleash to the world – or just your sales conference in Barnsley. In reality, and depending on the size of the project, all of those little steps usually take place over just a few days and providing you have chosen the right production company, the only thing you will have to worry about is ensuring the content is correct.

Oh, and maybe spending all those extra brownie points you scored with the boss after they see all your hard work.

If you would like more detailed information or to find out more about other film and video terminology, you may want to check out this comprehensive Media glossary here.

As always, we would love to hear your thoughts. Maybe you are thinking about putting together a film for your company or organisation and would like some advice, or maybe you have worked on projects in the past and want to share your experiences.

Either way, we would love to hear from you. Drop us a line or feel free to comment below.