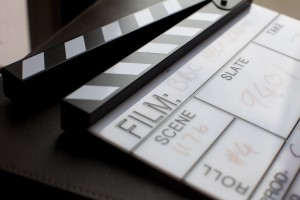 This 2 part post is aimed at businesses and individuals who are either considering commissioning a video project or are already involved in working with a production company. It aims to take the uncertainty out of that seemingly magical part of the video process – Post Production, or ‘the edit’.

You will no doubt be familiar with the term ‘we’ll fix it in post’, which alludes to the part of the process that happens when your video footage has been shot and is ready to be assembled ‘in the edit’. You will also have noticed at least some mention of Post Production on the costings provided by the video production company you approached to produce your corporate video.

For many clients, it’s an area that is somewhat shrouded in mystery – and this is often the way that many video production companies like to keep it. Companies will do their best to blind you with science, using terms such as ‘capturing the rushes’ or ‘audio sweetening’, without giving you a clear definition of what the process involves or how they are spending your investment. We don’t like to keep you in the dark and have tried to break down the process as much as possible.

Bear in mind that what follows can vary slightly depending on the size, budget and type of video being produced. We are basing the information around the post production of most small to medium sized corporate video projects.

Contrary to popular belief, we don’t use large nets and a pointy stick to capture the footage (that would be cruel). This actually refers to the ‘digitising’ of the footage, or in even broader terms – getting the footage from the camera or tapes, in to a computer ready to edit. Until fairly recently the main recording formats for this size of project were all tape based. Tape based formats are linear, which means that footage has to be captured in ‘real-time’ – if you have 6 hours worth of footage, it will take a minimum of 6 hours to digitise it.

However, our industry is now rapidly moving away from the medium of tape and almost all new cameras utilise tapeless systems such as P2 and SXS cards or Sony’s XDCAM format. These kind of systems do not need to be captured in real time which can speed up the digitising process. However, the footage will still need to be logged properly before the edit can begin in earnest. The term ‘logging’ simply refers to the organising of the raw content into relevant folders and labeling clips. Each editor or producer has their own way of doing things, but generally they will want to put the material in to some semblance of order to make the editing process a little easier.

The Rough Cut or First Draft

Here is where the process of assembling the content of your programme really begins. Each Editor will have their own way of working, but the principle will be the same: laying out the comments and shots to a pre-approved script or storyboard.

Comments will be shortened and tidied up (removing long pauses or stumbled words for example). The various interviewees may be intercut with each other to keep the video interesting and dynamic, as well as helping to reaffirm and emphasise the points being made.

Once the main content is in place cutaway shots will need to be added to the programme. Cutaways are shots that not only help to keep the video visually engaging, but also ‘cover the cracks’. If, for example, you want to cut together 2 separate comments made by the same person to form one coherent comment, there will be a ‘jump’ in the picture. This is where a cutaway shot can be used, to hide the join and illustrate what the person is talking about.

In part 2, we will be looking at moving in to the latter stages of the edit – adding music and graphics to your film as well as giving a brief overview of the mystical ‘Grading’ process.

In the meantime, we would love to hear you thoughts on this post, or your suggestions for other areas of video production you would like us to look at. Drop us a line, give us a call or leave a comment below.